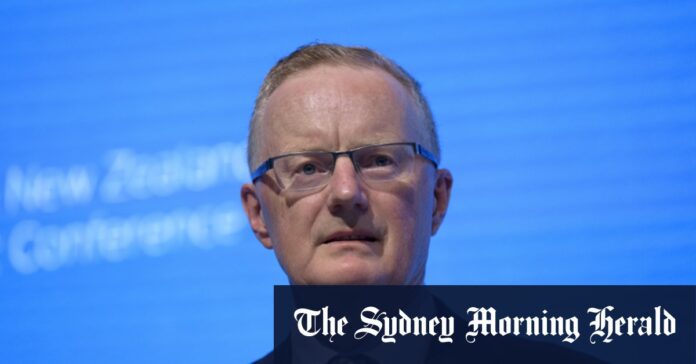 Dr Lowe said the recovery could be stronger than expected, especially if there was a fast rollout of a COVID vaccine and businesses used low interest rates to invest and expand.

He said one of the bigger threats to the economy was a lack of risk-taking by both the business community and consumers.

There were signs before the pandemic of the economy becoming “less dynamic”. This would be exacerbated if people and businesses became more cautious about their borrowing and spending decisions.

“As we all know, 2020 has been a sobering year. Given this, it is probable that some people will want bigger buffers in future in case things go wrong. They might also be less inclined to lever up and be more cautious in taking on debt,” Dr Lowe said.

“We all know that businesses need to take risks to innovate and grow. I understand that in an uncertain world, it can be hard to take on risk and there can be a natural tendency to avoid new risks.

“But if businesses are to seize the opportunities that are out there to grow and to increase Australia’s productive capital base, some degree of risk-taking is necessary.”

Research released on Monday by the University of Sydney’s United States Studies Centre found that without a lift in Australia’s net overseas migration program, the fallout from the pandemic recession would linger and result in economic stagnation.

Dr Lowe said population growth, expected to fall to its lowest rate since 1916, had been a major factor in Australia’s economic success over recent years.

“If population growth is to be noticeably slower in a post-COVID world, the trajectory for our economy will look different too,” Dr Lowe said.

Data from the Australian Bureau of Statistics on Monday showed a slowdown in the national jobs market, with the proportion of people saying they had a job down to 67.1 per cent in October after reaching 68.3 per cent in September. Job figures this week are expected to show the jobless rate increasing beyond 7 per cent.

The RBA’s charter requires it to focus on inflation, which it aims to keep between 2 and 3 per cent, and for full employment.

Dr Lowe said inflation was unlikely to be a risk for some time, especially with unemployment and under-employment weighing on the economy.

“The challenge facing Australia over the next few years is much more likely to be the creation of jobs rather than controlling inflation pressures. So that is our focus too,” he said.

Get our Coronavirus Update newsletter for the day’s crucial developments at a glance, the numbers you need to know and what our readers are saying. Sign up to The Sydney Morning Herald’s newsletter here and The Age’s here.

Shane is a senior economics correspondent for The Age and The Sydney Morning Herald.

FinancialSwingCoach
0
On Tuesday Mr Aziz, who was mayor of Casey, faced a grilling over his role in the 2016 sale by the council of...