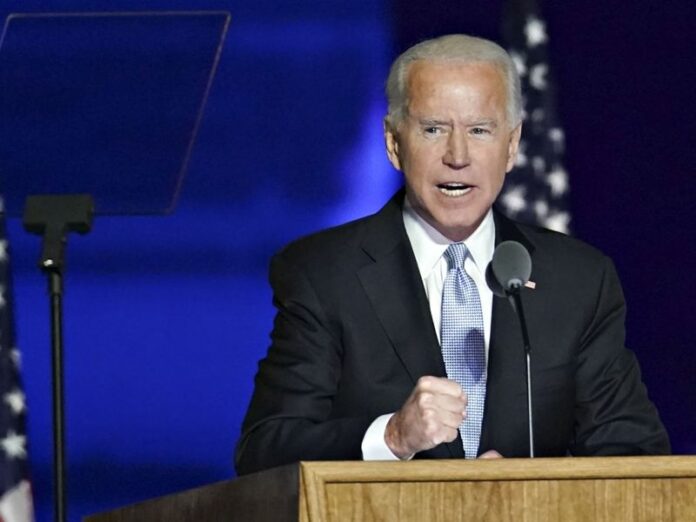 Despite President Donald Trump refusing to accept the results of the Nov. 3 election, Michigan financial executives are moving on to readying for the new administration of Joe Biden, a moderate Democrat.

These executives by and large agree there’s sure to be some tightening of regulations and possibility for higher taxes — both individual and corporate — largely dependent on the outcome of two runoff elections early next year in Georgia that will determine ultimate control of the U.S. Senate.

For financial industry executives like David Sowerby, we’re now in a waiting game, and questions about taxes and regulations and their impacts on the broader economy and markets are mostly about orders of magnitude.

“We’re going to be in a learning stage for who Joe Biden appoints to key economic positions,” said Sowerby, the managing director and portfolio manager for wealth management firm Ancora Advisors LLC in Bloomfield Hills. “It’s not ‘will or won’t we raise taxes?’. Its more ‘which taxes get raised and to what degree?’.”

The Tax Foundation in Washington, D.C., says that all told, the Biden tax plan would raise about $3.33 trillion over a decade on a “conventional basis,” but just $2.78 trillion “after accounting for the reduction in the size of the U.S. economy,” which it says would contract by 1.62 percent over time due to higher marginal tax rates on labor and capital.

With a child tax credit expansion baked into Biden’s plan, taxpayers in the lowest four brackets would see an increase next year in after-tax incomes, but by 2030 the plan would lead to lower after-tax income for everyone, according to the Tax Foundation analysis.

While there is some anxiety around potentially higher taxes, one of the world’s largest investment banks has told investors that the Biden administration economic policies are likely to be relatively minor compared with the tumult brought about the rapidly spreading coronavirus, particularly with news that a vaccine could soon be available.

“Despite investor focus on the prospective policy implications of the Biden presidency, the vaccine for COVID-19 is a more important determinant of the path of both the economy and stock market in 2021,” Goldman Sachs wrote to investors last week.

Sowerby and other sources contacted for this report said that at least in the short term they’ll be closely watching who Biden taps for top economic cabinet and regulatory posts such as Treasury secretary and director of the National Economic Council.

Sowerby, for his part, said he thinks Roger Ferguson — the president and CEO of the Teachers Insurance and Annuity Association (TIAA) retirement management fund, who’s name has been touted for a top economic post in a Biden administration — could be “calming for markets.”
To what extent Biden will govern as a moderate or move to the left remains somewhat unclear, particularly with regard to regulation over the nation’s financial sector, as the Wall Street Journal reported last month.

Biden, who before he served as vice president to President Barack Obama was a longtime U.S. senator from the financial and corporate hub of Delaware. He has a history of defending credit card companies and businesses in the sector.

Politico reported last week that many banking industry lobbyists were less than thrilled with the picks for Biden’s transition team, signaling that a crackdown on the financial sector could be on the president-elect’s agenda.

What executive orders Biden might use to shift from the deregulatory environment laid out under Trump remains unknown. But the president-elect has been clear that he intends to raise taxes on corporations and high-income individuals, something that will require a vote by Congress and be unlikely under a GOP-controlled Senate.

“As President, Biden will require corporations and the wealthiest Americans to finally pay their fair share,” reads the Biden tax policy plan. “He won’t ask a single person making under $400,000 per year to pay a penny more in taxes, and will in fact enact more than one-dozen middle class tax cuts that will finally give working families the financial support they deserve.”

FinancialSwingCoach
0
news, latest-news, BALLARAT'S business people are pounding the pavements throughout November, as the virtual Run for a Cause raises much needed funds for...
© Copyright 2019 - FinancialSwin - All Rights Reserved.