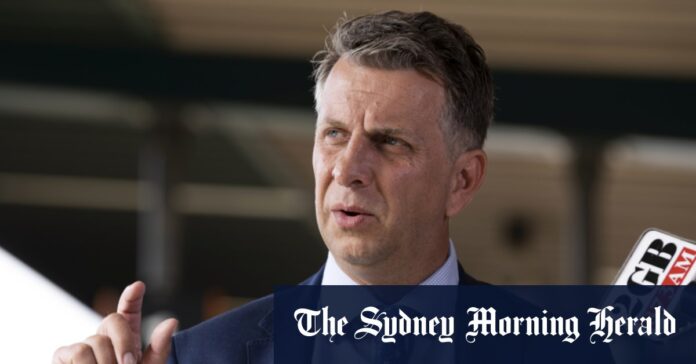 Now I understand why politicians like selling government assets. So they can squander our money on shonky-looking land deals. Blane Stonley, Cowan

Why are people called ‘‘developers’’ when all they have done is buy some land and resell it to the government, having done nothing to it? Why do they get such remarkably generous prices when home owners whose land is compulsorily acquired seem to struggle to get fair market value? Steve Bright, North Avoca

If the NSW government can afford to donate $38 million to a developer over land, it obviously doesn’t need the $100 million cash offset from the mining company lobbying to undermine our water catchment (Letters, November 16). Surely 5 million inhabitants of Sydney and their descendants have more claim to their one secure source of drinking water than a mining company. Has our government lost its head? Jeannette Tsoulos, West Pymble

Republicans deserve taste of their own medicine

Amanda Vanstone states that ‘‘it is a fair criticism of Biden that he spent so long in politics and achieved zilch’’ (‘‘US needs to pass the torch to a new generation’’, November 16), but this criticism is completely unfair. Biden was a US senator for many years, not a president like Kennedy or Johnson. As vice-president, Biden was involved in many of Barack Obama’s foreign policy initiatives (such as the multi-state agreement with Iran to reduce its enrichment of uranium). The Republican-dominated Senate did everything in its power to stop Obama and Biden from achieving their domestic policy agenda, and they are still fighting against ObamaCare and the concept of universal healthcare. While Biden and Harris will probably do their best to try to ‘‘bring America together’’, that task is impossible. America has been divided since the Civil War and that will continue for reasons of race, religion, ideology, geography and now Trumpism. Vanstone gets one point correct: their domestic politics is terrible. Based on their performance, the Republicans should expect to be treated in exactly the same way they treated the Democrats, with contempt. Pauline Croxon, Undercliffe

Just once in this lifetime I read Amanda Vanstone’s opinion piece and agreed with her. Must be something in the water. Christine Tiley, Nana Glen

Amanda Vanstone writes, ‘‘In some part they are divisions we see here in Australia and all over the world. Growing middle classes with more education thinking they’re smarter than their neighbours who don’t have a degree.’’ What Ms Vanstone sees as driving ‘‘snobocracy’’ and ‘‘disdain for normal people’’, I see as an upsurge in ‘‘aspirationals’’ in our society. A recent analysis showed that Australians now have the biggest houses in the world. This ‘‘look at me’’ attitude is frequently supplemented by approval from right-wing governments and declining support for what is regarded as the inferior ‘‘working class’’ and those who represent them. Harry Polley, Dural

Amanda Vanstone mistakes Donald Trump for a Republican politician. He is not. He is a populist who has hijacked the GOP and holds it to ransom, threatening senators and other powerbrokers with the power of his rabid following. To go against Trump is political suicide, and that is why so many politicians in the GOP hold their noses and support Trump’s temper tantrums and baseless conspiracy nonsense. While this has been vexing over the past four years, it is now downright criminal as Trump’s refusal to allow the smooth transition to Biden’s team amid a pandemic is putting American lives at risk. Nick Andrews, Bellevue Hill

SAS case a failure of leadership

Even if it is not systemic and just 10 SAS soldiers are implicated, as with any organisation it boils down to poor culture and moral leadership that contributed to the failings (‘‘Killing as a ‘sport’: investigator tells of chilling SAS testimony’’, November 16). Sun Tzu’s classic The Art of War stresses the important need for the consummate leader to cultivate the moral law and strictly adhere to its discipline. Steve Ngeow, Chatswood

For the Defence Force, it’s an ‘‘embarrassment’’. Tragically, for those brutalised or killed and for their families, it’s so much more. Kerrie Wehbe, Blacktown

Discouraging, or worse still, ignoring any local council initiatives to improve affordable housing’s opportunities misses the point on multiple levels (‘‘Affordable rent bid refused over state plan’’, November 16). Ryde’s mayor is correct in highlighting the need to refocus the development mindset regarding affordable housing. Why not listen to the positive and pragmatic initiatives of local council? In contrary, our state’s planning ordinances are arguably pro-private development. Ryde’s rapid rate of growth provides our city and state an excellent opportunity for including affordable housing. The COVID-19 crisis has exacerbated, not improved, our lack of such housing options. State bureaucrats should explore any initiatives for a more balanced residential component to strengthen urban diversity. Cleveland Rose, Dee Why

Compare the pair: Victoria pledges $5.3 billion towards public housing, while in Sydney the Sirius building sits vacant for two years because this government thinks harbour views and access to the city are for the rich and privileged only. Todd Hillsley, Homebush

The concept of ‘‘inclusionary zoning’’ is no substitute for the provision of social housing. Making a developer put aside 2 per cent of the floor space for affordable housing is a worthy idea that can be rorted. It is easy for an unscrupulous builder to make sure the ‘‘affordable’’ units are bought by his best mate and brother-in-law and then sold for a tidy profit. Social housing, by contrast, is rented out to those most in need by public servants with no skin in the game. Mike Reddy, Vincentia

Tax deductibility for childcare is just opening a Pandora’s box (‘‘MPs push tax-deductible fees plan’’, November 16). Entrenching a deduction into our tax laws provides high-income earners with the green light to pay for excessive care at excessive prices. Even imposing a limit on the amount of the deduction will not deter high-income earners. Once the deduction exists, there will be constant pressure until the point comes that the claimable amount is unlimited. Those Liberal MPs pushing this idea need to go back to the drawing board. Michael Blissenden, Dural

One of the reasons parents are not having their children taught to swim is the high cost. The government should bring back subsidised classes at all council pools during the January school holidays, as was so successful in the 1960s, ’70s, ’80s and ’90s. I was one of five children and there was no way my parents could have afforded lessons for us, but two weeks of lessons each summer made us all very competent swimmers and what a great way to spend two weeks of the long holidays. Helen Simpson, Curl Curl

While the Grattan Institute rejects the federal government’s plan for a gas-led recovery (‘‘Recovery not cooking with gas: report’’, November 16), claiming, ‘‘the fossil fuel will soon be economically and environmentally unviable’’, Energy Minister Angus Taylor says, ‘‘The government does not agree with conclusions drawn in the report, particularly in relation to the impacts on the manufacturing sector jobs and the role of gas-powered generation.’’ Before we get too far into this discussion, perhaps the minister could advise just which report he or his staff downloaded from the Grattan website. Maurice Critchley, Kenthurst

Send arrivals to the bush

The coronavirus cluster in Adelaide is not surprising (‘‘‘We will do whatever it takes’: Border closure fears after SA’s cluster grows to 17’’, smh.com.au, November 16). It’s reported that the seeding case worked in a medi-hotel, also the source of the Auckland cluster, and Victoria’s second wave. Virus numbers are exploding in many parts of the world, and thus a higher proportion of arrivals test positive. It seems unwise to place arrivals from high-risk countries in hotels in the centre of our cities, where any outbreak could potentially spread rapidly. Passengers arriving from such countries should be placed outside of major population centres. It would be a tragedy to jeopardise our current situation. Elaine Keane, Blaxland

The Electrical Trades Union has sniffed the wind (‘‘Stop ‘diverson’ on energy and climate, union tells ALP’’, November 16) and has chosen the sensible path of standing up for workers who’ll need assistance to transition from the coal and gas industries, rather than abandoning members to a market hell-bent on embracing clean energy. Alison Orme, Marrickville

After all the double-barrelled place names (Letters, November 14-15), we have the likes of Tumut, spelt the same forwards and backwards. Ron Field, Bermagui

Look, just so I won’t make a fool of myself the next time I’m in Grong Grong, is that a soft or hard ‘‘g’’, if I want to go to the pub? My favourite in the pronunciation stakes has always been ‘‘Gunna Ganoo’’. Robert Hosking, Paddington

Curl Curl gets shortened to Curly (Letters, November 16). I’m not sure what that does to your correspondent’s theory. Denis Goodwin, Dee Why

In Bahasa as spoken in Malaysia, the terms could be mathematically coded, so: Wagga2 and Woy2. Have you been to DY? Mike Fogarty, Weston (ACT)

All this focus on workplace relationships and the need for a bonking ban (Letters, November 16) confirms one thing: human beings are not the monogamous creatures that religious organisations, in particular, desire us to be. No amount of propaganda, policies or hellfire warnings can suppress the power of the sex drive; you’ve only got to recall stories about misbehaving priests to see it’s a lost cause. Alicia Dawson, Balmain

Online comment from the story that attracted the most reader feedback yesterday on smh.com.au
No coronavirus recovery without migration: research
From The Doc: As we all know, infinite growth is impossible, we need to change our system or we will finish a spent force, just like the dog chasing its tail. I know it is heresy to question the great god of Growth, but we can’t keep living the rapacious way we do.

Before Entering Into A Serious Money Relationship, Self-Assessment Is In Order

FinancialSwingCoach
0
By Megan Gorman Long before social media overtook the media business, back when many investors had to check the morning...