According to the CEO, the $250,000 grant will mainly go towards the incubation programme’s operational expenses (opex) to help them grow and execute on the business model that has been proven in the British market, where Insurtech Gateway has successfully incubated over 13 start-ups.

O’Dell explained: “While we provide capital to founders, part of the criteria for the grant is that we don’t spend it on the capital investment; it’s more so for opex for us to be able to employ the staff we need, get the group of mentors together to surround the founders, and provide them with the capability that’s needed to be able to get those products in the market.”

Backed by equity investment business Envest, Insurtech Gateway Australia is currently incubating three insurtechs – getting each of them ready, and setting them up for success, for their respective product launches sometime between May and July next year. O’Dell revealed that among the trio is a geospatial business for (re)insurers while two of them are customer-facing brands.

As for Envest’s role, the Insurtech Gateway Australia chief executive highlighted how important it is to have the investor in their corner.

“So at the end of the day, you need to be able to successfully control a pricing engine, for example, and control the risk metrics like your client’s frequency and loss ratio. So they’ve been really helpful for us in helping to coach our founders on how to do that successfully. Also to access markets, they have helped introduce us to some insurers and reinsurers that we don’t have a relationship with at the moment.”

The CEO believes that, to bring insurtechs to market, you will need to collaborate with the insurance industry to some degree, which O’Dell conceded could prove particularly difficult at a time when we’re coming out of a macro downturn. “So the biggest challenge for us is getting the attention of the incumbents and getting them to stick their neck out and partner with us,” he said.

Given the government’s support, though, O’Dell is positive about the prospects for insurtechs.

O’Dell asserted: “They (the government) know that the world, to keep economic growth happening, has had to revert to videoconferencing technology. And they know that start-ups are the ones that generate and support that second technological advancement in our community.

“They know that other start-ups have managed to transform many industries for the better, but insurances, as we know and as we hear often, remain unchanged for over 100 years. So I think they recognise and ask that we’re able to remove those barriers and help flood the insurance market with founders but in a targeted and intelligent way to bring about innovation.”

For O’Dell, the federal grant helps validate what Insurtech Gateway Australia – which at present has offices in Sydney, Brisbane, and Coffs Harbour – has set out to do. 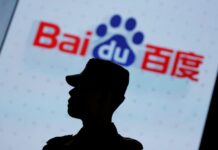 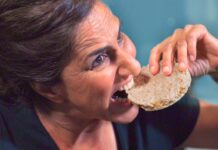 FinancialSwingCoach
0
The work of the Czech Embassy in Moscow has almost come to a standstill after 20 diplomats were expelled, First Deputy Prime Minister and...