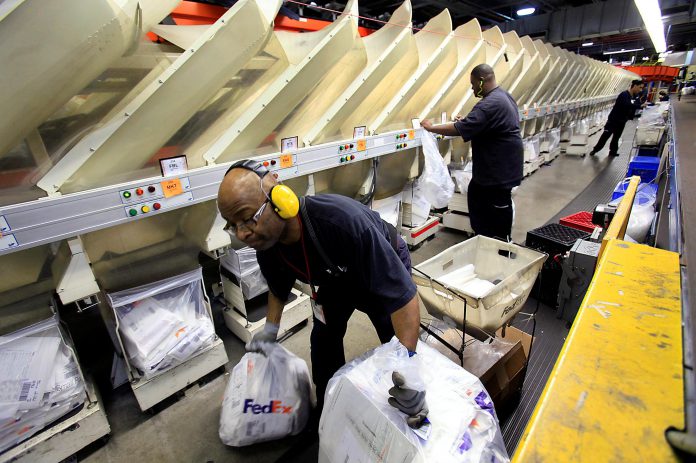 MEMPHIS (Reuters) – Ask Memphis residents and they might say that President Donald Trump got this one right: this is the best job market as far as many in this majority black city can remember.

For single mother Latasha Harwell, it has meant finally landing a full time job as a medical assistant, one with the regular 9 to 5 hours she needs so she can care for her kids. Chiquita Clayton says she has an open offer to move from part-time to full-time work at a FedEx(FDX.N) warehouse; forklift driver Kendrick Jefferson got $3 dollar an hour more for switching employers.

Unemployment in Memphis hit a post-crisis low of 3.5 percent in April. It has since crept back above 4 percent, though partly because of more people joining the labor force.

But with poverty rates here still among the highest in the country, workers, employment advocates, and government officials also say that is only half the story. For this good spell to truly matter to black Americans, they say, it will need to continue for years to come.

Trump often highlights that overall U.S. unemployment has reached a 50-year low on his watch, and that joblessness among black Americans has set a modern record as well.

The unemployment rate for blacks sunk to 5.9 percent in May, the lowest since 1972 when the figure was first reported separately, but the milestone reflects a trend that took shape years before Trump took office.

Black employment has risen about 1.3 million under Trump to hit a record 19.3 million in October, but job gains were the strongest during Barack Obama’s second term when recovery from the Great Recession became more firmly rooted. Recent data indicate job gains for blacks may already be leveling off.

In Memphis, state officials, job recruiters and executives credit a confluence of forces, including a continued boom in logistics, warehousing, and related jobs, for creating what one employment agency executive deemed a ‘gold rush’ moment.

Yet what matters for them is not who gets credit for today’s strong labor market, but whether it will be durable enough to help workers weather the next downturn, something past upswings failed to accomplish.

National data analyzed by Reuters shows minority hiring has remained clustered in industries such as food service, retail, and logistics that tend to pay less and have been quicker to lay off staff when the economy slows.

The fear is that will repeat itself, and that after outsized gains during the upswing, relatively more black workers will lose their jobs when leaner times arrive. That is what happened during the last recession, when white unemployment peaked at just over 9 percent while black unemployment shot above 16 percent.

As a result, past recoveries have done little to narrow the gap between black and white incomes, as numerous studies, including recent work by the Atlanta Federal Reserve, have documented.

Nationally, median incomes for black families remain a third below white household incomes. In Memphis the gap is even larger, with a $31,000 median annual income for blacks representing just 54 percent of that of white families.

LAST IN, FIRST OUT

“It is a good thing that African American unemployment is at a very low level,” Fed chair Jerome Powell said at a meeting with community groups in Houston this month. “(But) if you look at what happens in a downturn you see the last people hired are the first to get fired,” he said. For that to change, workers such as Harwell need enough time to pay off student loans, get a raise or two, start saving for a home, and gain the additional skills and seniority needed to keep working through the next recession.

“This isn’t a job anymore, it is a career…Personally, I say I need two years,” to feel economically stable, Harwell said.

With the U.S. recovery pushing a decade and some signs of a growth slowdown ahead, local social service agencies and state officials say the time for “recession-proofing” is now.

“We know it is not going to last forever,” said Deniece Thomas, an assistant commissioner at the Tennessee Department of Labor and Workforce Development. “There is a sense of urgency,” for workers to assess what skills their employers will need even if business slows, she said.

To help them, the state has made community college free for high school graduates and adults who have not previously earned a degree, one of the most expansive efforts in the country to encourage non-college educated adults to improve their skills. Other programs provide certifications for specific jobs in industries, such as the booming medical device field, that are struggling with labor shortages.

A look behind the headline numbers shows there is still ground to cover.

The black unemployment rate far outstrips the national average, now at 3.7 percent, and since reaching that record low in May has crept up to 6 percent and above even as white unemployment keeps edging lower. Other gauges, such as the employment to population ratio, also lag.

Reuters analysis of the federal Quarterly Workforce Indicators shows that out of five U.S. industry groups where the share of jobs held by blacks grew the most between 2010 and 2017, three were among those that paid the least. Three of those five were also among the industries that shed the most jobs during the last recession. The QWI tracks 19 industry groups.

Still, the gains are real.

Overall black employment has soared by nearly a third since the crisis-era lows of late 2009, compared to a 6 percent increase in the number of jobs held by white workers, according to federal data. Blacks’ share of employment has also been catching up with their share of the U.S. working age population, and the gap is now at a record low.

In Memphis, where 63 percent of the population is black and more than a quarter lives in poverty compared with a 14 percent national average, there is some optimism that there may be more than just a cyclical upturn at work.

The city has long been politically and culturally important as a battleground of the 1960s civil rights movement, the site of Martin Luther King Jr.’s assassination, and a cornerstone of American music where the careers of Elvis Presley, B.B. King and Otis Redding took off. Now, it is also making its name as a major logistics hub, a fulcrum of the internet economy that hosts FedEx’s global headquarters and the country’s busiest cargo airport.The e-commerce boom “is a game changer for us…Memphis is a poor city but logistics is a way for a lot of minorities to pull themselves into jobs,” said Neil Harris, president of the Prestigious Placements recruiting and hiring firm.

The firm has more than 2,000 workers placed around Memphis area warehouses and other facilities. Harris said that firms were so keen to fill vacancies that they were relaxing demands for prior experience, raising pay, offering more training, and becoming more flexible in scheduling.

FedEx’s presence has led others to invest in this corner of western Tennessee, including Amazon.com Inc (AMZN.O) , which is expected to hire 1,500 for distribution facilities near Memphis, along with 5,000 at the facility it announced in Nashville earlier this month.

In all, employment in transportation and warehousing in Memphis climbed to more than 53,000 last year from around 50,400 in 2014, with more than half the new jobs going to blacks. As of the end of October FedEx alone had about 400 vacancies posted on the Tennessee Department of Labor’s job site.

The question is how long it can all last.

Reid Dulberger, president of EDGE, a Memphis economic development group, said he was worried that automation will eventually eliminate many of the “brawn” jobs giants such as FedEx and Amazon now rely on to move tens of millions of packages in their warehouses. For now, though, forklifts still need drivers, and that demand gave Jefferson confidence to give two weeks notice at the warehouse paying him $11 an hour to move to one that pays $14.

The years during and after the last recession were hard, the 31-year-old said, with work more difficult to find and mostly coming through temp agencies.

Those were years spent bouncing among “warehousing, fast food, janitorial,” Jefferson said. But now “a lot of opportunities have opened up,” and Jefferson said his aim is to build the experience needed to be brought on as a full-timer.

FinancialSwingCoach
0
On July 31, Congress passed a four-month extension within the National Flood Insurance Program (NFIP) just hours prior to being set to expire in...

FinancialSwingCoach
0
Imagine there is a loud knock at the entry way. You open it up, and staring back to you is often a set of...

A Vacation Budget Will help keep Spending in Line

FinancialSwingCoach
0
Never underestimate great and bad a very good vacation - to help you to relax, bond along with your spouse and children and quickly...
© Copyright 2019 - FinancialSwin - All Rights Reserved.