LONDON (Reuters) – Europe’s big banks returned to growth mode in the first half of this year, expanding their books by 530 million euros ($685 million), in a sign they are starting to get back on their feet after the financial crisis. 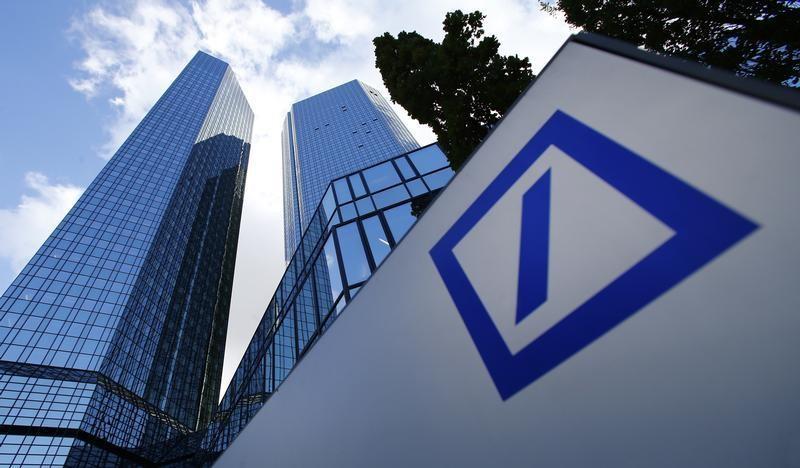 But even though the banks’ assets are growing as a result of lending money or doing deals, their profitability remains below target, loan losses are still a burden and many businesses across Europe still find it tough to borrow cash.

Europe’s 30 largest listed banks, battered by the crisis and regulatory demands that followed, shrank their balance sheets by 10 percent from 2008 to 2014, shedding about 2 trillion euros of assets by selling businesses or chunks of loans.

This process has contributed to a squeeze on lending which has not helped Europe’s weak economies revive growth. The European Central Bank last week stepped in with a new plan to get more money flowing from banks into the flagging euro zone economy.

“We are on an improving and healing trend across Europe, but there are degrees of healing,” said Vincent Montemaggiore, Boston-based portfolio manager at Fidelity, one of the world’s largest investment houses.

“Generally, in the northern part of Europe you’re starting to see some early signs of asset growth and loan growth, and in the southern part you’re still seeing declining assets but at a more moderate pace.”

Montemaggiore said he was not expecting bank assets to grow very robustly in either the north or south of the region over the next couple of years.

Data compiled by Reuters shows the 30 banks – which include the likes of Deutsche Bank (DBKGn.DE), Bank of Ireland BKIR.I and Santander (SAN.MC) – added 530 million euros of assets in the six months to June, taking the total to 23.1 billion euros.

In the first half, the growth rate of 2.2 percent was flattered by an accounting change as Santander consolidated its U.S. results, helping the Spanish lender come in as the third fastest growing bank with a 54 million euros rise in assets.

Politicians and regulators have been pushing banks to lend more, but as Europe struggles to grow and flirts with deflation, or falling prices, the incentives for companies or households to borrow are less. The European Commission expects the EU to grow by just 2 percent this year, with economies such as Spain, Germany and France expected to expand more slowly.

The banks themselves are under pressure to hold more capital to support loan books, deterring them from making new loans.

“Asset growth is expected to remain muted until economies sustainably recover (prompting a rise in demand for credit) and until capital (in particular leverage) rules are clarified,” Justin Bisseker, European Banks analyst at Schroders, said.

“We are certainly not in a ‘normal growth phase’.”

Guy de Blonay, fund manager at Jupiter, said banks must view any expansion through a profit lens. “They have one point in common, they are all pushing for improvement in their ROE (return on equity),” he said, referring to a measure of bank profitability.

“Whether it is buying more businesses or bolting on acquisitions, or by getting rid of non performing or under performing business (that is the aim).”

De Blonay pointed to Caixabank’s (CABK.MC) recently-announced purchase of Barclays’ (BARC.L) Spanish retail arm as an example of banks sticking to the areas where they already lead, to increase the chances of improving returns.

The 25 banks which reported return on equity for the first half of the year managed an average of just 7.1 percent, according to Reuters’ data, well below the double-digit figures they are aiming for.

The weakest performer, Austria’s Erste Bank (ERST.VI), had a return on equity of minus 16.8 percent as a result of unusually high losses on its eastern European businesses.

He said profits should naturally improve as bad debts fall and banks get better at controlling costs.

In the first-half, the top 30 banks’ cost/income ratios, a measure of what percentage of income goes on costs, improved marginally to 58.6 percent from 59.3 percent.

Bissiker said some banks could enjoy write-backs, clawing back money they had set aside for loan losses, and that while litigation losses were a threat, other exceptional losses should be smaller from 2014.

“Tolerance of low RoEs is improved at present as risk-free rates have fallen to generational lows,” he said. “Ultimately, however, banks need to generate returns above cost of capital to justify growth.”

Low Inventory and High Prices Cause Showing Traffic to Level Off in Components of...