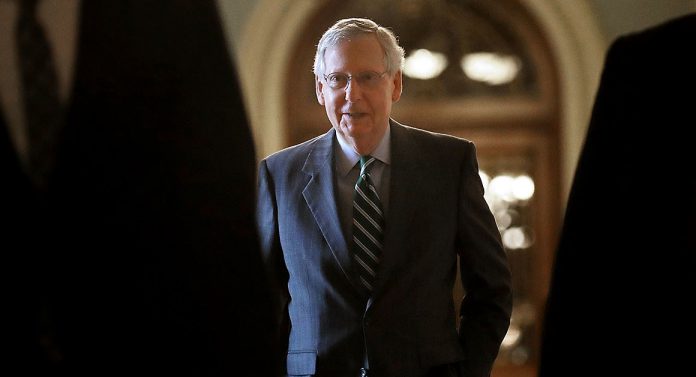 The Senate’s effort to repeal Obamacare is at serious trouble. But, how serious?

First, though, the “avalanche” of negative polling, as POLITICO’s Steve Shepard explains: “The dreadful round of polling represents more than solely another obstacle for Senate Majority Leader Mitch McConnell (R-Ky.), who’s planning to cobble together a bill that could capture enough votes to give. The polling data is a talking point among senators both in parties who are either opposed to the measure – or watchful about passing legislation basic little public support.”

McConnell has some room to maneuver but, right now as a minimum, the healthcare bill is landing by using a somewhat surprising thud within the Senate.

President Trump seems, at the moment, unperturbed. Having a moment off from greeting the entire world Champion Chicago Cubs, Trump promised a “big surprise” on healthcare. Without elaborating on which that could be.

FAMILIAR RING: President Trump renewed his attacks over the media this morning – lashing out in the Washington Post and also the Ny Times in separate tweets.

GORSUCH A DRAG: Democrats, to date, are aghast on the rulings of President Trump’s lone Supreme court appointee, Neil Gorsuch.

There you have it. You’re involved to the Trump administration. It’s great to be back. Happy Wednesday.

FinancialSwingCoach
0
30 tips, 3 takeawaysSimplify, simplify, simplify:?Automate payments if you can ,. Organize the cost to help you access information quickly. When you've got multiple...