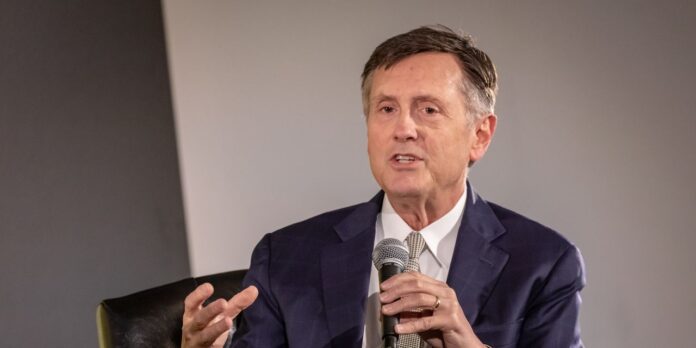 Federal Reserve officials will use all available tools to ensure the economy recovers from the pandemic-induced shock earlier this year, including purchases of government assets and explicit guidance about how long they expect to keep interest rates at low levels, Richard Clarida, the central bank’s vice chairman, said in remarks set for delivery Monday.

At their rate-setting meeting earlier this month, Fed officials discussed the critical role that the central bank’s purchases of $120 billion a month in Treasury and mortgage-backed securities have played in supporting the economy this year, Mr. Clarida said.

He didn’t indicate in his remarks Monday whether he believed any changes in those purchases were warranted, saying only that officials would “continue to monitor developments and assess how our ongoing asset purchases can best support” the Fed’s economic objectives.

The Fed’s next policy meeting is scheduled for Dec. 15-16.

The bulk of Mr. Clarida’s remarks elaborated on how he views the Fed’s recent adoption of a new policy framework that seeks to encourage periods of inflation somewhat above the central bank’s 2% target following intervals like the current one, where inflation is running below the goal and short-term interest rates are pinned near zero.

FinancialSwingCoach
0
As reported by BRWLRZ, an official affiliate of UFC and ESPN+ on Instagram, a comparison in fight purse between the Dustin Poirier vs...

FinancialSwingCoach
0
According to Agence France-Presse in London on January 7th, the price of cryptocurrency Bitcoin broke through the $40,000 mark for the first time on...
© Copyright 2019 - FinancialSwin - All Rights Reserved.