Sovereign bankruptcies are a collision of finance, economics, law and geopolitics. Zambia is a perfect example.

The African copper producer stumbled into the coronavirus crisis in bad shape, having borrowed $12bn from international creditors. It has now become the latest country to default on its debts, after talks with its creditors hit an impasse.

Ecuador, Lebanon, Belize, Suriname and — naturally — Argentina have already defaulted, restructured or are in the process of restructuring their debts in 2020. For comparison, there were only three full sovereign defaults in the global financial crisis, Goldman Sachs analysts noted in a recent report.

Every debt crisis is like a snowflake, unique and complex. But of the ones we have seen so far in 2020, the Zambian debacle has the potential to become a template for how many of the rest — and there will be more — will shake out.

In addition to tapping the bond market, Zambia has borrowed more than $3bn from Chinese lenders, such as China ExIm Bank and China Development Bank, according to Standard & Poor’s. But the opacity of these debts and disagreements over how to treat them has made tackling the crisis fiendishly complicated.

Bondholders do not want take a haircut on their investments while Beijing-based lenders escape untouched. Chinese creditors do not want any debt relief they offer to rescue hedge funds in Mayfair or Connecticut. Meanwhile, the IMF cannot agree to a Zambian economic rescue programme without being comfortable that its debts are sustainable. The impasse led to a missed bond payment in late October, a grace period to make up the arrears expired last week, and the country now finds itself in financial limbo.

However, this is not a unique situation. China has lent liberally to many developing countries in recent years but has declined to join the Paris Club, the arena where countries restructure bilateral debts. In addition, many Chinese loans have been extended by state-owned financial institutions which makes it hard to judge whether they should be considered bilateral or commercial loans.

Zambia is also a test case for how amenably bondholders will behave in the inevitable sovereign debt workouts to come. In past crises, creditors were largely western banks, who could be gathered into a room and arm-twisted into an accord. Nowadays, they are mostly an atomised group of fund managers spread across the world, making negotiations much trickier.

For the most part — with some notable exceptions — bondholders have tended to take their hits and move on. The recent spate of restructurings proceeded relatively smoothly, albeit after a bit of sabre-rattling. But there are hints that bondholders are becoming a little less phlegmatic of late. The refusal of Zambia’s creditors to agree to a debt standstill could be a sign of things to come.

The IMF last month proposed some ideas on how to improve the sovereign debt restructuring process. Inspired by a series of unfortunate incidents since its last big review of the topic in 2014, many seem tailor-made to deal with Zambia-like situations. Collectively, the proposals constitute the most radical overhaul since the IMF’s failed attempt to establish a pseudo-bankruptcy court for countries two decades ago. This died, but it led to the birth of “collective action clauses” in bonds, legal provisions that make them easier to restructure.

In addition to extending the G20’s bilateral debt relief scheme, the IMF wants to strengthen CACs; make them standard in sovereign loans and the debts of government-controlled companies; and introduce clauses that automatically trigger payment standstills when natural catastrophes hammer a vulnerable economy.

Perhaps most importantly, it wants a more unified approach on dealing with state lenders that is “acceptable both to Paris Club members and others” (cough, China); ensure that they are treated equally with commercial creditors; and bring more sunlight into the process by getting creditors of all stripes to report legitimate debts — hopefully avoiding the issue of undisclosed loans that plagued Zambia’s neighbour Mozambique.

If a contracts-based, ad hoc approach proves insufficient to deal with the inevitable spate of sovereign debt crises, the IMF has also broached the nuclear option: legislation in the main financial centres of New York and London, and perhaps even a UN Security Council resolution, to shield debtors against aggrieved creditors.

With the imminent change of White House incumbent, radical proposals like these are now suddenly more feasible. 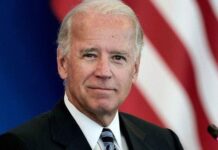 FinancialSwingCoach
0
Monday on Political Rewind: Counties across Georgia will finish their audits of ballots cast in the...

FinancialSwingCoach
0
By January 3, 2021, it has been 60 years since the severance of diplomatic relations between the United States and Cuba. In response to...
© Copyright 2019 - FinancialSwin - All Rights Reserved.