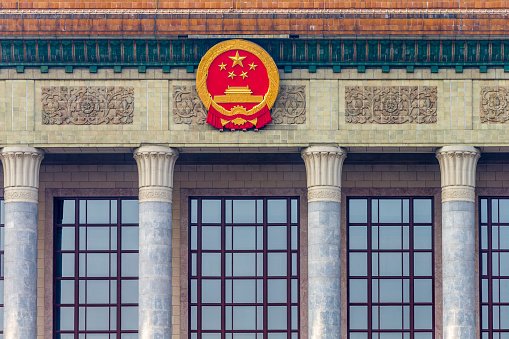 The latest set of economic data in China reflects that recovery continued in October. Growth was seen in both the supply and demand sides. However, while supply side continued to expand more than anticipated, the consumer spending did not perform as strong as market expectations. PBOC has recently mentioned about exiting monetary stimulus for the first time since the pandemic. As domestic economic growth remains intact, it is less likely that the central bank would lower RRR and policy rates in coming months. This should bode well for renminbi as global central banks seeks to add further easing.

Retail sales grew +4.3% y/y, improving from +3.3% in September. Yet, this has missed consensus of a stronger acceleration to +5%. Looking into details, catering services turned positive for the first time this year. Sales increased +0.8% yy in October, following a -2.9% decline in the prior month. Yet, year-to-date sales remained down 21% y/y. Online goods sales accelerated to +21.4% y/y in October, about 10 pps above September. Yet, this has slowed from the average growth of +23.9% from May to July. There are two possible implications of the phenomenon. As the country relaxed restrictive measures, growth in online sales begins to moderate as more face-to-face activities resume. Another possibility is that buyers reserved spending until the country’s “double -11 festival” in November. The data point for November is thus worth attention.

As China’s economy recovers further, PBOC is considering gradually reducing its monetary stimulus. Vice Governor Liu Guoqiang suggested earlier this month that “exit [of stimulus] is a matter of time and it is also necessary”. He added, however, that “the timing and method of exit need to be carefully evaluated, mainly based on the status of economic recovery”. Liu delivered an upbeat tone on the country’s economic development, noting that the trend of the economy is “relatively strong” while “policies are having an effect, and market confidence is recovering”. As domestic economic recovery remains intact, it is less likely that the central bank would lower RRR and policy rates in coming months. This should lend support to the renminbi as the Federal Reserve and other central banks strive to ease further.

Scott Morrison says the financial cost of mental illness in Australia is $200 billion...

5G will be critical to New York’s economic recovery

FinancialSwingCoach
0
Almost all businesses, whatever their size, have had to dramatically rethink their operations. Many shifted to online commerce, moving from bricks to clicks—which...

FinancialSwingCoach
0
news, local-news, Ray White Orange is being incorporated into a larger business after it was recently purchased by Ray White Emms Mooney. Ray...

FinancialSwingCoach
0
news, latest-news, BALLARAT'S business people are pounding the pavements throughout November, as the virtual Run for a Cause raises much needed funds for...
© Copyright 2019 - FinancialSwin - All Rights Reserved.