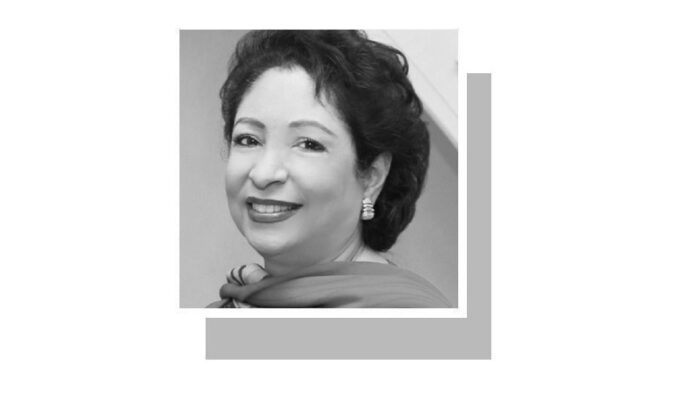 OVERSHADOWED by vigorous electioneering in Gilgit-Baltistan was a luncheon meeting called by Prime Minister Imran Khan earlier this month for allies of his coalition government. There were two noteworthy aspects of these parleys. One, that a coalition partner, PML-Q, chose to stay away while stating the reason quite plainly. Its leadership was quoted as saying, “The party’s commitment is to support the government, not attend lunches.”

That the PTI government in Punjab is critically dependent for its survival on PML-Q’s support underlines the political significance of its leadership’s displeasure with Islamabad. This was not the first time the party declined to attend an event by the prime minister. A budget eve dinner for allies was similarly boycotted by PML-Q. The reason goes beyond a lack of respect shown for its leaders; it is the party leadership’s annoyance with how Punjab is being run as well as misgivings on other issues.

Two, the litany of complaints voiced at the Nov 5 luncheon laid bare the depth of allies’ frustration with a government that seems to take them for granted. According to those who attended the meeting, grievances ranged from lack of access to development funds and projects to concern about rising inflation, which the government, they believe, has been unable to contain. But the overarching complaint was lack of consultation on key policy and not taking them on board on the government’s strategy towards the opposition. The leader of a rural Sindh party went so far as to say that while they were allies, the government did not treat them as such. It seems that the lesson has gone unlearnt from BNP-M’s parting of ways with the government earlier over what its leader Akhtar Mengal called unfulfilled commitments.

This draws attention to a striking characteristic of the PTI government — its inability to learn much less hone the art of political management, which is integral to governance. This may stem in part from a mindset that prefers to rule unilaterally. But it also speaks of an attitude that sees governance as a narrowly technocratic task rather than a political one too. It may also have much to do with the government’s reliance on the establishment to undertake political management on its behalf thus obviating the need for it to engage allies on a sustained basis and address their concerns.

Lack of governance in Punjab has been consequential as PTI has steadily lost political ground there.

Political management isn’t just about engaging with coalition partners. It is also about managing the affairs of its own party. Here the ruling party has constantly exhibited a lack of discipline with ministers and parliamentary members routinely contradicting each other, and sometimes making assertions at odds with the leadership’s position. This has prevented a coherent stance from being articulated despite, or perhaps because of, the bevy of spokespersons deployed for public messaging. Also, a complaint from party backbenchers continues to be lack of access to the leadership.

But it is the government’s weak political management in Punjab that has emerged as the PTI government’s Achilles heel. Examples of mismanagement by the ineffectual Punjab leadership abound. The Lahore CCPO affair that prompted the exit of the respected IG police must rank among the more egregious. Frequent changes of chief secretaries and top police officials also illustrate the chaotic management of the country’s largest province. This lack of governance has been consequential as the party has steadily lost political ground in the province, while its bitter foe, PML-N has made gains.

Then there is the broader question of managing the political system and dealing with the opposition. Effective management requires dealing with it in a manner that enables the government to keep the initiative in its hands and its narrative convincing enough to dominate the opposition’s criticism. It is also in the government’s interest to ensure that the political environment remains calm so that it can focus on the country’s challenges. This necessitates inclusive governance that creates space to secure cooperation across the aisle when needed for legislation and to elicit support for policy actions.

As the PTI government from the outset ruled out collaborative governance and opted instead for a combative approach towards those who did not support it, this raised even more compelling political management issues. But the inability to accept the very notion of opposition as legitimate became a fundamental impediment in evolving an effective political strategy. When the opposition went into confrontational mode the government faced a situation where 11 parties began to mount collective pressure in an increasingly charged atmosphere. So, the test of political management became even more imposing. In the battle now underway the PTI leadership needs all the political skills it can muster to deal with the challenge.

How has it fared? So far, its political response has been reactive, assuming the form of constant press conferences and seeking to dominate the airwaves by hurling repeated volleys of insults and accusations against the opposition. Even during the Gilgit-Baltistan election, campaigning reflected just this, not what the party would do for people’s welfare. This negative campaigning descended into misogynist attacks which were roundly condemned across the country but tellingly, the concerned minister was never reprimanded by the leadership. Rhetoric sunk to another low when a minister accused all those supporting opposition parties of being disloyal to the country.

Verbal abuse and disingenuous accusations do not add up to a political strategy. If that is all the ruling party counts on then it reflects the vacuousness of its political approach and does little to strengthen the government’s hands. It is government performance and projecting it, which should form the most important part of the ruling party’s response to the opposition. But that seems to be almost missing. Parliament too is an arena underutilised by the government in its political strategy to demonstrate that it is firmly in charge and working for people’s welfare.

A sound political management strategy needs to build public confidence by showing government performance and legislative activism, keep allies happy, ensure coherence in party ranks and counter the opposition’s campaign by effective political means. On all these counts the PTI government still has much to learn.

The writer is a former ambassador to the US, UK and UN.