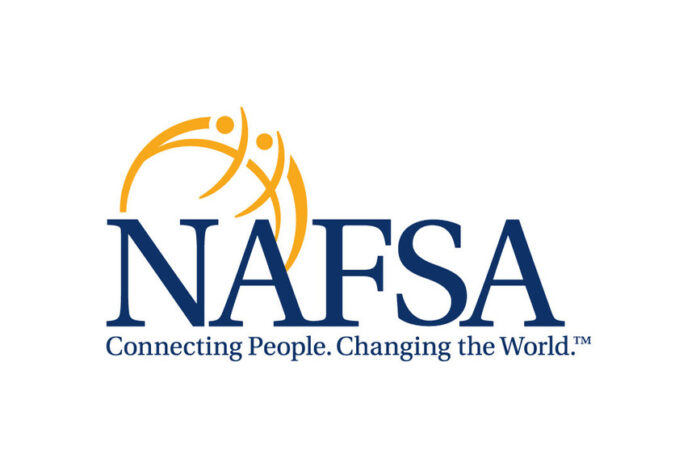 WASHINGTON, Nov. 16, 2020 /PRNewswire/ — NAFSA: Association of International Educators announced new data today that show that the more than one million international students at U.S. colleges and universities during the 2019-2020 academic year contributed $38.7 billion to the U.S. economy, which is down 4.4 percent (a loss of $1.8 billion) from the prior academic year. This is the first time that the dollar amount has dropped since NAFSA began calculating the economic contributions of international students and their families to the U.S. economy, more than 20 years ago.

NAFSA’s analysis does account for the impact of COVID-19 on spring 2020 student enrollment when U.S. schools moved all coursework online.

“Unfortunately, this disappointing news is not surprising,” explained NAFSA Executive Director and CEO, Dr. Esther D. Brimmer. “For the past four years international students and scholars have had to endure travel bans, executive orders, detrimental regulatory actions and xenophobic rhetoric from the highest levels of U.S. government. The lack of a coordinated national pandemic response made the situation even more difficult.  As the economic value decreases, we are reminded of the immense contributions that international students bring to America. We cannot afford to lose these talented individuals to a competitor country. Our policymakers and legislative leaders must reaffirm America’s commitment to international students and scholars because our universities and colleges have never stopped doing so, and neither have our competitor countries.”

Other findings of this analysis include:

FinancialSwingCoach
0
Cash and cash equivalents of €199.3 million as of September 30, 2020Company proposes a partial buyback and an amendment of the existing terms...

FinancialSwingCoach
0
news, latest-news, BALLARAT'S business people are pounding the pavements throughout November, as the virtual Run for a Cause raises much needed funds for...

FinancialSwingCoach
0
Donald Trump’s baseless claims that his loss to Joe Biden was due to election fraud are set for their toughest test this week...
© Copyright 2019 - FinancialSwin - All Rights Reserved.