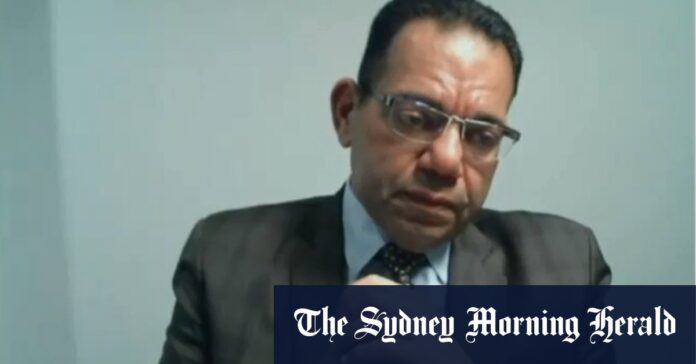 On Tuesday Mr Aziz, who was mayor of Casey, faced a grilling over his role in the 2016 sale by the council of its Casey Lifestyle Centre, a big-box shopping centre in Narre Warren, to Action Realty Australia, owned by Kuwaiti sheikh Mubarak al-Sabah.

Mr Aziz had become close to Andrew Nehme, a Melbourne businessman who is a director of companies owned by Sheikh Mubarak.

Three weeks after the sale of the lifestyle centre, Mr Aziz’s then-wife had $21,000 deposited into her account by a company related to Action Realty.

IBAC counsel assisting Michael Tovey, QC, asked Mr Aziz: “A matter of weeks after he achieves his aim [of buying the property] he [Mr Nehme] lends you $21,000 and he’s not even your friend at that stage?”

“He was my friend at that stage,” Mr Aziz said of Mr Nehme.

Mr Aziz said he did not have a conflict of interest. “But it could be seen to be that way,” he conceded.

On Tuesday Mr Nehme confirmed to The Age that he had talked to Mr Aziz over a period of years as a representative of a leaseholder at the Casey Lifestyle Centre.

Mr Nehme stressed that Mr Aziz was the ward councillor for the area where the Casey Lifestyle Centre was located.

But Mr Nehme denied dealing with Mr Aziz or other councillors around the sale of the centre.

Asked if he had any financial links to Mr Aziz or had done favours for him, Mr Nehme would not comment. He said he was unaware of any evidence before IBAC, before ending the phone call.

Mr Tovey told Tuesday’s hearing that there was evidence that Mr Aziz, a Liberal Party member, had also received $2200 from Mr Nehme in July 2013.

“They were to purchase two tickets for [a fundraiser for] then opposition leader Tony Abbott,” Mr Aziz said in response. “All of the money … went to the campaign of the honourable Jason Wood who was my local member. Mr Nehme was someone who I approached for this event.”

Mr Tovey took Mr Aziz through a series of internal Casey Council emails that showed Mr Nehme complaining about his treatment by the council several months before the sale of the Casey Lifestyle Centre to Action Realty. At the time, Action Realty rented properties at the shopping centre.

In one email, Mr Aziz threatened a council officer who questioned Mr Nehme over conditions for businesses at the centre. At one point, Action Realty owed Casey Council $400,000 in unpaid rent, another email said.

The email from Mr Aziz to the council officer – who was not doing what Mr Aziz wanted – threatened to haul them before the council’s chief executive officer in a closed council meeting.

Mr Tovey questioned Mr Aziz over the action against the council officer, “You are going to move a motion in-camera criticising an officer of the council. Where did your loyalty lie?”

“I have no idea how you have reached that fantasy,” Mr Aziz said in response.

Mr Aziz also visited Mr Nehme after he was raided in 2019 by IBAC officers and Mr Nehme told him that his property had already been searched, the inquiry heard.

Mr Aziz told the hearing he could not recall what the two men had talked about when he visited Mr Nehme.

The hearing continues on Tuesday afternoon.

The Casey story so far

Our Morning Edition newsletter is a curated guide to the most important and interesting stories, analysis and insights. Sign up here.

Clay Lucas is a senior reporter for The Age. Clay has worked at The Age since 2005, covering urban affairs, transport, state politics, local government and workplace relations for The Age and Sunday Age.

Royce Millar is an investigative journalist at The Age with a special interest in public policy and government decision-making.