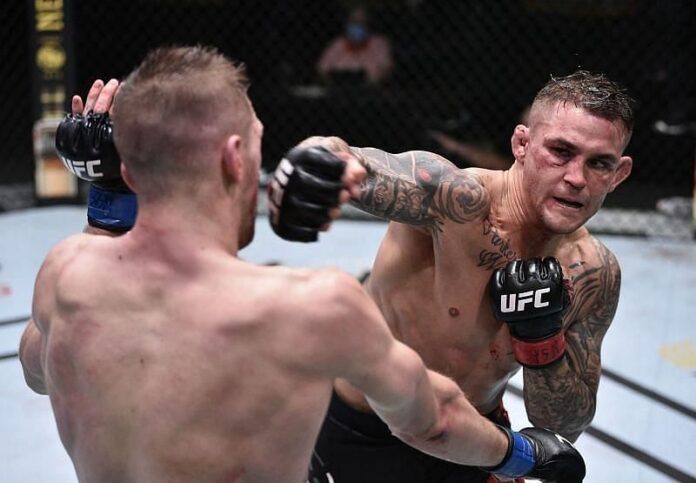 As reported by BRWLRZ, an official affiliate of UFC and ESPN+ on Instagram, a comparison in fight purse between the Dustin Poirier vs Dan Hooker fight and the Terence Crawford vs Kell Brook fight showed vast disparity. The UFC headliners made a total of $565,000 for the fight while the boxing duo banked $6 million.

The painful point of comparison is that Poirier and Hooker had a much greater social media presence than Crawford and Brook.

Crawford is the current #1 pound-for-pound boxer in the world and is undefeated inside the boxing ring, with an impeccable 37-0 record with 28 knockouts.

Given below are the combined as well as individual numbers that both pairs of fighters earned from their respective events:

This shows that even though Dustin Poirier and Dan Hooker likely grabbed way more eyeballs during their five-round thriller compared to Crawford and Brook’s short affair, the UFC fighters made much less money.

The global popularity of the UFC has increased multifold over the last decade. The promotion’s partnership with ESPN has taken the sport to unbelievable heights of popularity. MMA is now set to overtake boxing as the most popular combat sport.

However, when it comes to fighter earnings, top boxers get paid way more than top UFC fighters.

Who gets paid more, boxers or UFC fighters?

The truth is, there is a large amount of money to be made in both sports, but what matters is how much money the fighters manage to make from the respective sports.

If we look at the highest-earning athletes from both sports, there’s a massive disparity in the numbers.

While Floyd Mayweather reportedly made a whopping $285 million for the fight against Conor McGregor in 2017, the Irishman only made $3 million in disclosed pay when he returned to the Octagon in 2020 to fight Donald Cerrone.

That disparity was in painful display in the case of Dustin Poirier and Terence Crawford as well.

FinancialSwingCoach
0
President Joe Biden will take part in bilateral meetings with other leaders during both summits. According to the financial times, US President Biden will visit...