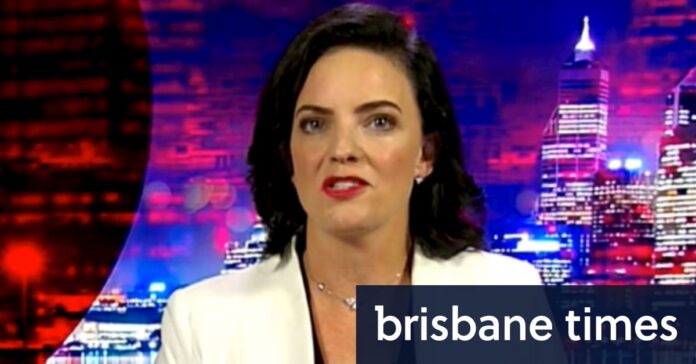 “We can’t put a woman out there and hang her out to dry on rumour and innuendo when we have got behaviour that is clearly outside at least some standard of basic integrity going on [by men].”

A Four Corners report last week accused Attorney-General Christian Porter of displaying misogynist attitudes and being amorous toward a junior staffer in a Canberra bar, which he denied. Porter also said in a statement that the woman involved had denied the ABC’s version of events.

Acting Immigration Minister Allan Tudge has admitted to having a consensual affair with a staffer, Rachelle Miller, who has filed a formal complaint accusing him of bullying her. He has apologised for the affair but not commented directly on the bullying claims beyond saying they would be investigated by the Department of Finance.

Porter and Tudge were alleged to have had inappropriate relationships but there were no allegations of any sexual misconduct.

Dialling in from the Netherlands, the historian Rutger Bregman said the issue typified a troubling distinction at play in modern life. Politics was bedevilled by the “survival of the shameless where somehow the people who don’t really feel shame any more come out on top”, Mr Bregman said.

“Almost always, you know, they are men,” he said.

Former deputy prime minister Barnaby Joyce, who infamously lost his party leadership after his relationship with staffer Vikki Campion was splashed across tabloid front pages, did not argue that there was moral failing attached to an affair.

However, he said relationships and flings at work happened. Any shame was private, not for the public.

Calls for bans on sex between bosses and subordinates in workplaces and politics were the tendrils of the state reaching where it had no right to go, he said.

“You can’t have the state as the determinate of whether two people like each other or not,” Mr Joyce said. Where there was an issue about consent, Mr Joyce said, that was a different matter.

Barrister John Whelan’s review of Ms Husar’s alleged conduct commissioned by NSW Labor in 2018 upheld complaints of subjecting staff to unreasonable demands but found claims of lewd behaviour were, on the balance of probabilities, not substantiated.

In a defamation settlement, the former Australian news wing of online outlet Buzzfeed apologised to Ms Husar for the “hurt and distress” of a since-deleted article it published about leaked allegations.

Ms Miller, for her part, was due to start a new job at a defence contractor on Monday but Four Corners journalist Louise Milligan, who reported Ms Miller’s allegations, said her employer was now taking time to “consider” her contract after she spoke out.

Nick Bonyhady is industrial relations reporter for The Sydney Morning Herald and The Age, based between Sydney and Parliament House in Canberra.

FinancialSwingCoach
0
Counsel of M. Sivasankar, former Principal Secretary to the Chief Minister, filed an argument note at the Principal Sessions Court, Ernakulam, on...

FinancialSwingCoach
0
US President Joe Biden plans to propose a roughly $2 trillion infrastructure plan on March 31 that will focus on public services such as...

With BJP’s success in Bihar, has Modi ‘out-Nitish-ed’ Nitish Kumar?

FinancialSwingCoach
0
Happy Diwali! Welcome to The Political Fix by Rohan Venkataramakrishnan, a newsletter on...
© Copyright 2019 - FinancialSwin - All Rights Reserved.